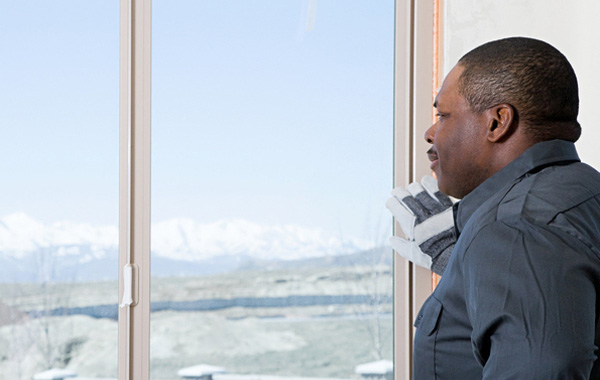 Windows are the eyes of the home. They can also be a veritable gateway that lets conditioned indoor air and unconditioned outdoor air pass back and forth without a care in the world.

Windows are much thinner and more fragile than walls, they’re less insulated and have numerous potential points of failure. That’s why windows matter so much for conserving energy, stopping drafts and keeping residents comfortable year round.

Here are 5 common defects that you might find during any home inspection.

#1: Condensation or Fog Between Multi-Pane Glass

Condensation or fog that the homeowner can’t clean is one of the most maddening issues with multi-pane windows. Their construction consists of two or more panes of glass, usually sandwiched with gas inside for better insulation. If the perimeter seal breaks, the gas escapes, which leads to condensation.

Chronically foggy windows are inefficient. When they’re intact, multi-pane windows resist thermal transfer. A broken seal, however, is more than unattractive. It turns an efficient window into little more than two pieces of inefficient glass. 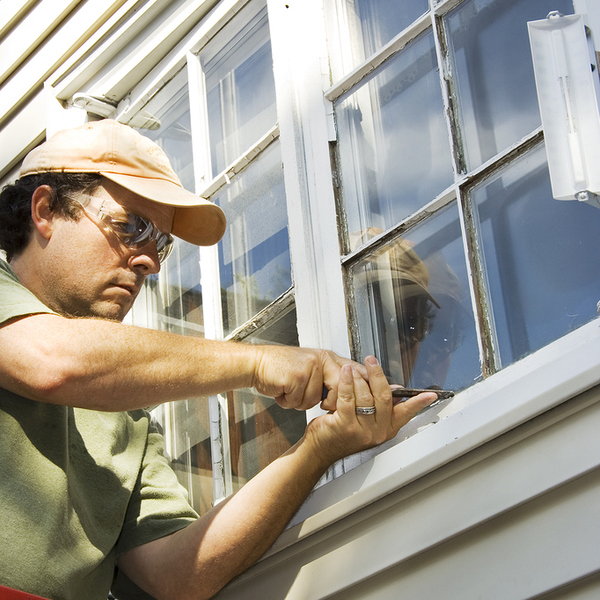 A contractor may repair glazing putty with the window intact, or they may remove the sash to work on a flat surface.

Glazing is the putty material that seals the edges of an older glass window light or pane and keeps it stable. In its raw form, putty is soft and pliable, much like a child’s modeling putty, and makes a great seal. Over time, it hardens to keep the glass secure.

Unfortunately, putty can also crack and chip out, leaving gaps around the glass and air leaks. Some homeowners use caulk or silicone to repair missing putty, but they’re not designed for the job.

What’s the cure? Glazing putty, glazing points, and a putty knife are widely available and inexpensive. Watch this video for a simple tutorial on how it’s done.

What’s the cure? In most cases, a broken seal indicates the end of a window’s lifespan. Replacement is the most common option.

If you’re ever lived in an older home, chances are you’ve experienced one of the following:

In a perfect world, older windows use heavy, cylinder-shaped weights tucked inside the jamb, pulleys at the top edge of the windows and ropes to tie the system together. When windows are raised or lowered, weights provide the right counterbalance to keep them from sliding. Over time, cotton cording breaks and the weights fall, which leads to some pretty inventive ways to keep windows closed or prop them open.

What’s the cure? New cotton cording is cheap and can restore counterbalanced windows to good health.

Flashing has one job to do: keep water out. Tom Silva for This Old House says “it’s just a material, usually aluminum or galvanized steel” that covers joints where water could seep in, and directs it elsewhere, instead.

Some windows might lack flashing altogether. Some might have damaged flashing. Although it’s somewhat straightforward to install, improper installation is another issue that can allow water to run inside. Poor flashing leads to rot at the window framing and it can extend to drywall and siding damage, and structural damage.

What’s the cure? The tricky thing about flashing is that to perform well, it must be installed before the windows are finished, not after. Retrofit flashing may require the expertise of a window installer.

Some windows have obvious, unmistakeable weeps. Others may only have tiny holes. Either way, window weeps keep water from building up inside and keep drafty air out.

Unfortunately, many homeowners don’t know that weeps are intention and important for healthy windows. It’s common to find caulk sealing tiny holes. Where there isn’t caulk, there might be a buildup of debris. Sealed weeps don’t allow windows to drain, which can lead to rot and rust.

What’s the cure? In many cases, the homeowner or a contractor can scrape away the caulk or debris, or they might poke through the hole to re-open it. It’s a simple job, but it also requires a special touch to prevent a worse situation with caulk or debris deeply embedded in the window.

Windows do so much more than let in light, keep out the cold and dress up the interior and exterior of a home. They’re complex systems, even old-fashioned designs, that need a lifetime of maintenance and care. In poor condition, they waste energy, encourage water infiltration and rot, and cost a small fortune to replace. In good condition, they make life more energy efficient, comfortable and healthy.

Home inspectors around the country are beginning to see the light. They’re casting off clumsy, ineffective inspection reporting software and choosing an efficient mobile app. When you’re ready to make the switch, Report Form Pro is ready to help. Download our home inspection app for Android or get it at the Apple App Store.